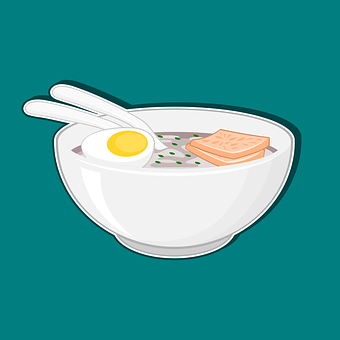 Eggs can be cooked and prepared in many interesting ways in Asia. Have you tried all of them?

Room temperature eggs are put into boiling hot water and left to cook for 4 minutes. The outcome? You receive a soft and wet egg yolk and white, slippery enough to be slurped down in one breath! Usually served with a few drops of dark soy sauce and a dash of white pepper.

This is a savory snack, very popular in Taiwan. Tea leaf eggs are hard boiled eggs which are further afield in a salted tea liquid, with soy sauce and five-spice powder. The eggs are first cooked to be hard-boiled, then the cubes are lightly cracked without boiled and peeling the second time to let the taste of the tea to the egg, leading to a marbled pattern on the egg white when you remove the shell.

This is a Chinese preserved food. It’s made by soaking whole raw ducks eggs in brine or wrapped in heavily salted clay for about a month. This results in a really liquid egg white and a bright orange-red, round and firm yolk. Typically consumed with congee, and also used as an ingredient in moon cakes and rice dumplings.

Legend has it that century eggs are produced by soaking duck eggs in horse urine! The truth is that the eggs are preserved in a combination of clay, salt, ash, lime and rice straw for several weeks to months. When cooked, the egg white has a gelatinous texture, looks dark brown and transparent, while the egg yolk is creamy and seems grayish-green. Century eggs have a pungent smell and is typically eaten with preserved ginger.

Egg soup is like a kind of art. Beaten eggs can be added to any Chinese soup (flavored with pork, chicken, crab, shrimp, or even just veggies ). The trick is to gently pour the beaten eggs to the soup and use a fork to stir the in one direction until the eggs form thin ribbons or channels.

A kind of pastry popular in Asia, especially in Hong Kong, egg tarts include a flaky outer crust, with an egg custard filling. The western equivalent is a custard tart. You may find egg tarts in most Hong Kong and Chinese bakeries and dim sum restaurants.

To make this, simply add minced pork, parsley, fresh chili and salt to beaten eggs and pour the mixture on to a heated pan. Remove from the pan once the egg and meat is cooked.

Small oysters and green onion are blended to an egg batter. Corn starch is used in the batter to give the egg a thicker consistency. The mixture is pan-fried and served with chili sauce dip.